7 Video Trends That Are Only Getting Better With Age 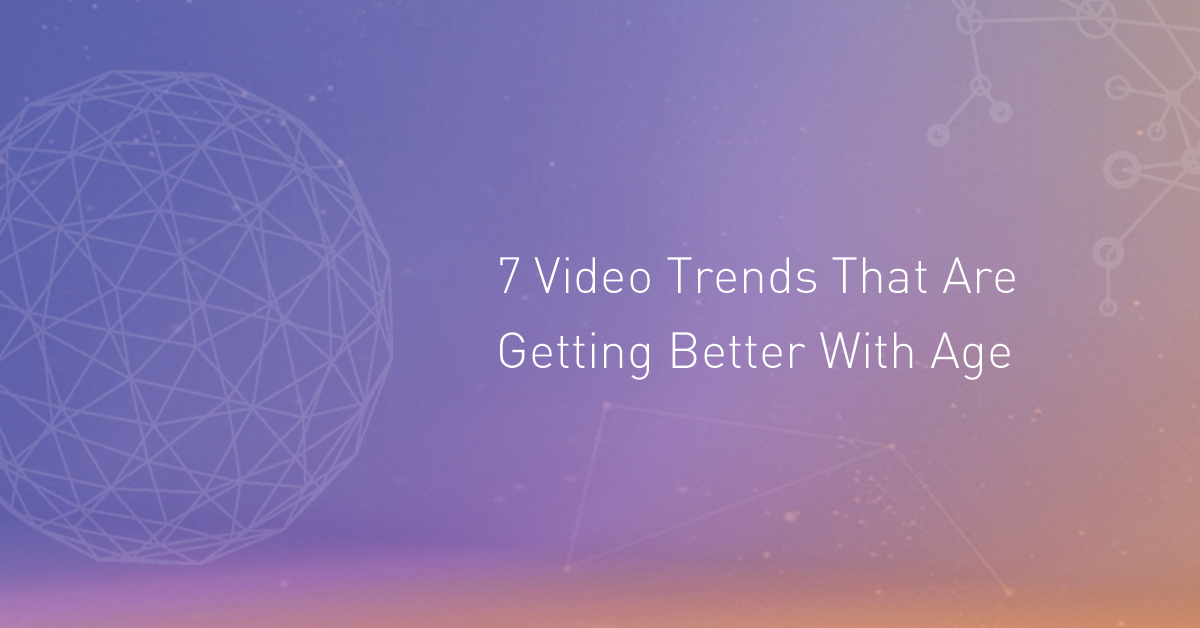 7 Video Trends That Are Only Getting Better With Age

by admin
in Trends
Comments
Right this second, thousands of videos are uploading to the web. Most content is unique in its own way but some content makes an undeniable impact on society, which quickly becomes a trend. Video trends spread like wildfire across the Internet. It’s almost impossible for to miss them.

As video technologies and creator creativity rise in 2017, here are a few video trends to keep in mind as you plan your next video marketing campaign.

Video challenge content might not be new – everyone remembers the ALS Ice Bucket Challenge, right?! However, in the last year alone challenge content has merged its way into many more categories such as, politics, animals, food, etc. In 2016, we saw many challenges hit the trending charts, including one of the most notable, the mannequin challenge. Some challenges are more viral than others, however, if you type the word challenge into YouTube more than 100,000,000 results come up.

Even former First Lady, Michelle Obama froze in the fun of the mannequin challenge with LeBron James in a video published to the official NBA YouTube channel:

Expect to see a lot more challenge related content over the next year. Try to pinpoint the videos that are brand sponsored!

If you’re over the age of 10, you might now be a frequent YouTube searcher of the latest toys; however, if you share an iPad with a young boy or girl you might understand the type of impact kids toys have on YouTube. Fun fact: toy focused channels are the highest income earners on YouTube!

Classic toy brands such as Play-Doh, Lego, and Disney are paving the way for other brands to jump on the video reviewing bandwagon. There is no foresight of this trend slowing down anytime soon.

Even if you’re market isn’t toys, there’s still a possibility to use key learning from this trend and introduce it to your next video strategy.

From filling pools with balloons to firing the wick off a candle, the internet accepts all science experiments with open arms and viewers are loving it. Over the last few months, experiment type content frequents YouTube’s trend charts, at the very least once a week.

The Slow Mo Guys are veteran YouTubers and trendsetters in the experiment content realm, alongside channels such as CrazyRussianHacker and Mr. Gear. Experiment type content is even getting a name for itself on talk shows, like Jimmy Kimmel and Ellen.

How is the brand you’re working with making some cool experiment content with the product or service being offered? Think outside the box and inside the minds of YouTube influencers.

The beautiful world of YouTube brings everyone the opportunity to take just about anything to the next level, including sports. The Harder, the faster, the bigger and the more extreme makes for viral content for some popular YouTube channel such as Dude Perfect, Brodie Smith and How Ridiculous.

Almost every social media app you open offers some form of video capabilities, and now the most talked about is live video. The days, of editing, uploading and scheduling video content are slowing becoming dated.

Live video is becoming more than just a trend but an everyday social media practice. YouTube creators are now offering subscribers an unedited look into their influence.

Live video is intimidating to most, especially for corporate brands that have multiple levels of approval on content. Perhaps working with an influencer on live video content is more appealing to your brand.

YouTube influencers are beginning to make an impact off their traditional means of social media and reaching audiences outside subscribers from landing segments on well-known talk shows.

Check out some of the top YouTubers to make an appearance on TV in 2016:

Keep your eyes peeled for more YouTube creators spreading their influence on TV. Influencer are even getting their own shows on Netflix, such as Miranda Sings with her new series, Haters Back Off.

Trying to sell through the impact of influencer marketing to your boss?

Usually, one of the first steps of launching a YouTube channel comes with having a passion you want to share with the world. Following that becomes a voice, a voice people believe in.

Influencers understand the reach of their voice and this power has lead to many YouTubers utilizing their reach to spread the word social causes and movements. And some even find the opportunity to create their own. Here is a great example from SuperWoman:

Next time you’re browsing YouTube count how many many influencer videos you spot creating videos surrounding a movement.